skip to main | skip to sidebar

if you haven't seen the HBO Movie, The Normal Heart, then you need to check it out. it just recently came out this past May and hosts a great cast (with Matt Bomer)! great film that gets real heavy quickly.

also, i got the privilege to finally meet 2 bloggers in person that i've kept up with for years now. one doesn't blog anymore but the other is madmanMD - both were awesome guys and we had a good time hanging out.
Posted by socrkid17 at 12:41 AM 5 comments:

the west coast is the best coast

since my last post, a lot has changed; i've graduated with an undergraduate and master degree, i've moved across country, i've started my first job in the corporate world, and on top of everything,  i'm absolutely loving the west coast. it took a while getting settled into my new spot but it is all complete and i couldn't be happier. a quick 3 minute walk to the beach or a 5 minute walk to the bars isn't something i can complain about.

on the downside, i dont have any exciting hookup stories to talk about. living alone, i should of probably put myself out there a bit more than i have but i'm just too conservative. the first 6 weeks while being out here, my best friend (the basketball player), was in a city about 20 minutes away training before finding a team to play overseas so every weekend and almost all weeknights, i kicked it with him and his wife. had some awesome times and it was good to spend time with him since it's been so long. then the week after they left, my whole fam came out here for the 4th. it was a blast showing them around and doing the tourist stuff in the city.

this past weekend, i went to San Diego Pride which was cool - missed the parade but did make it to the festival which was cool. its awesome seeing gay people just being themselves even though some of the actions/dress might be a bit extravagant haha i stayed with an old teammate that lives there and he actually lives with two gay guys. the two gays were awesome and very different. one was feminine and acted (and looked) like Cam from Modern Family while the other was a black guy who was very masculine and isn't out to his family back home. it was an interesting dynamic with them being so different but it was a good time. i'll def make the trip back there soon.

thats about it for now. hope everyone is doing well. below are some pics for yall to enjoy. 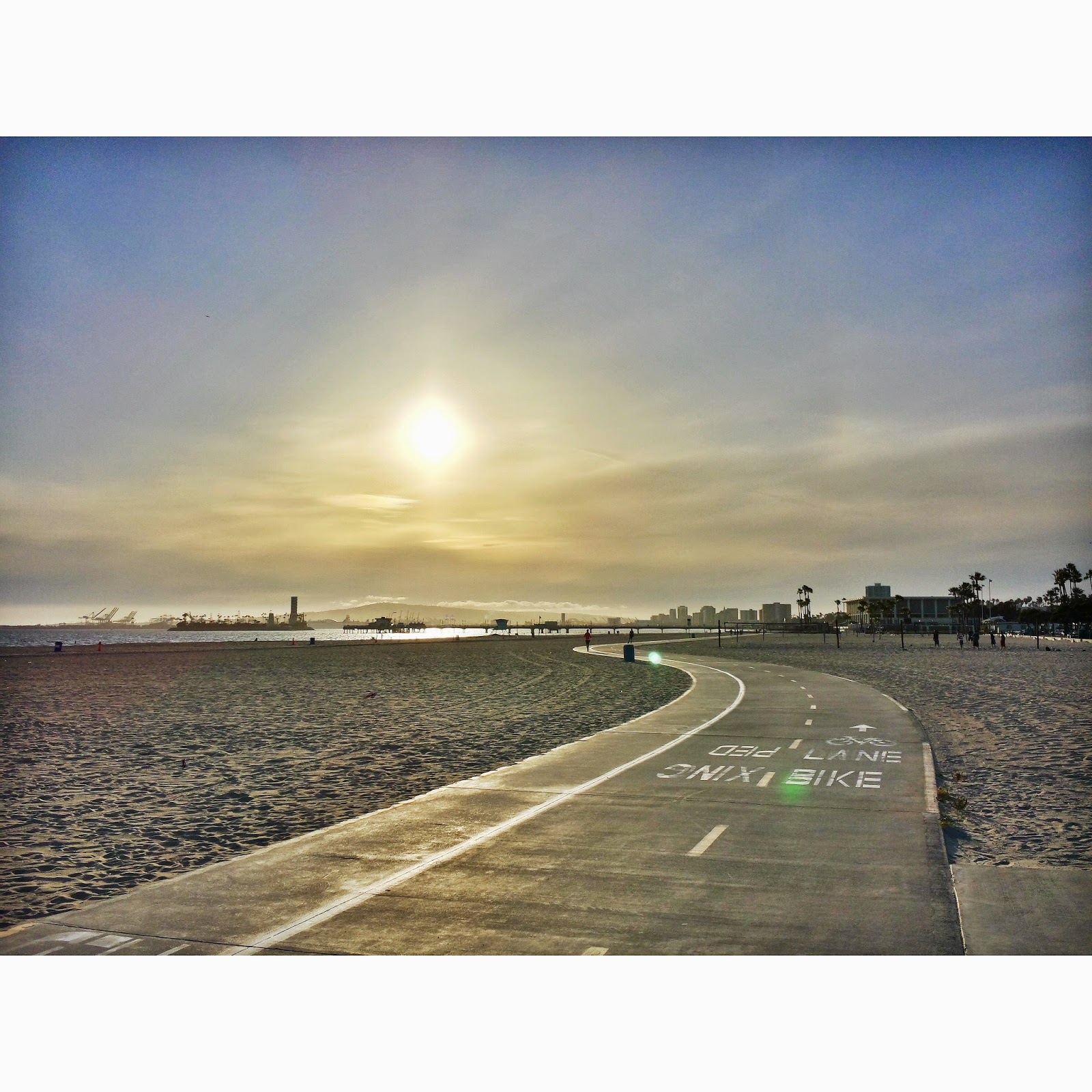 the bike path i could take to work. 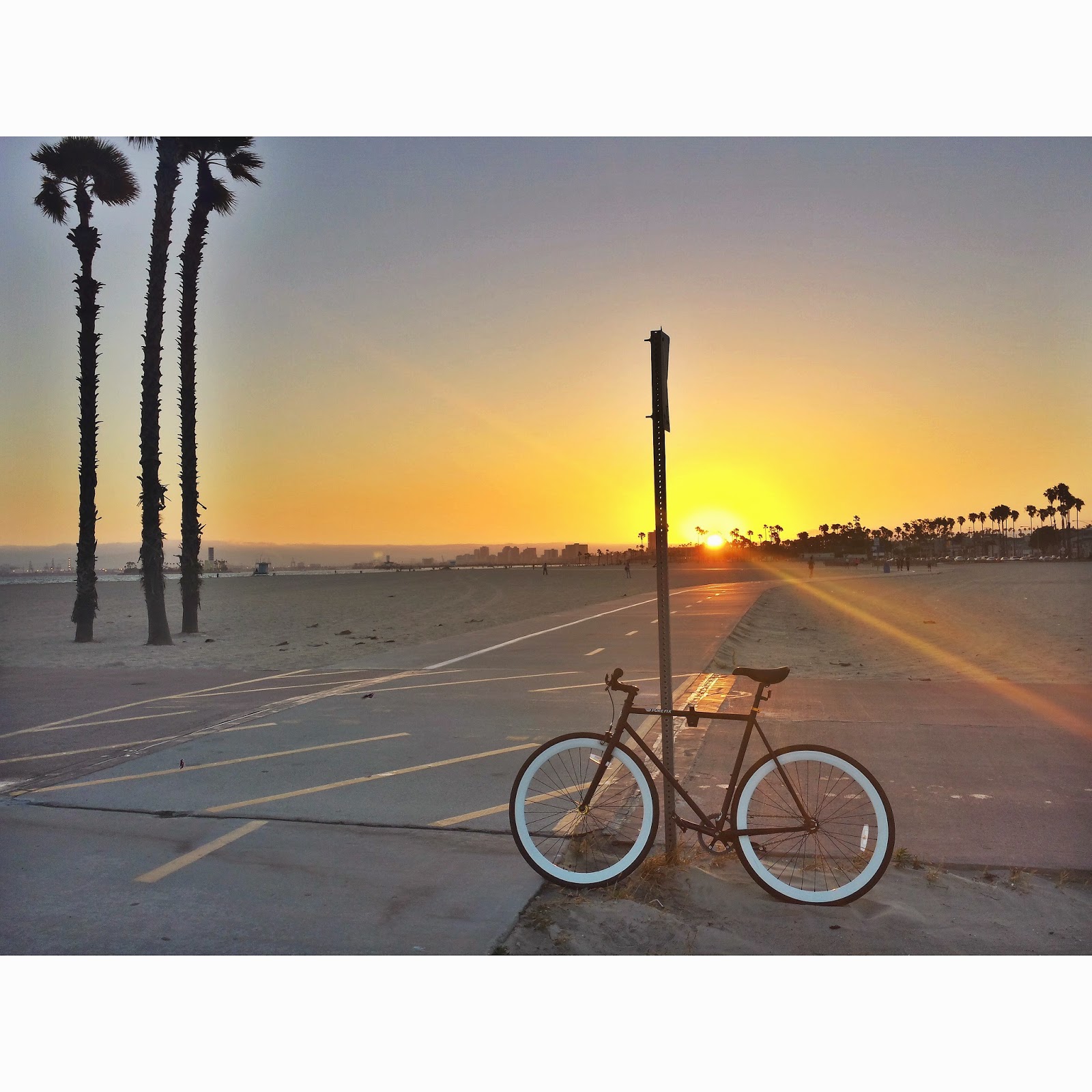 everyone here rides singled speed bikes aka fixies - so had to get one. this one is mine. 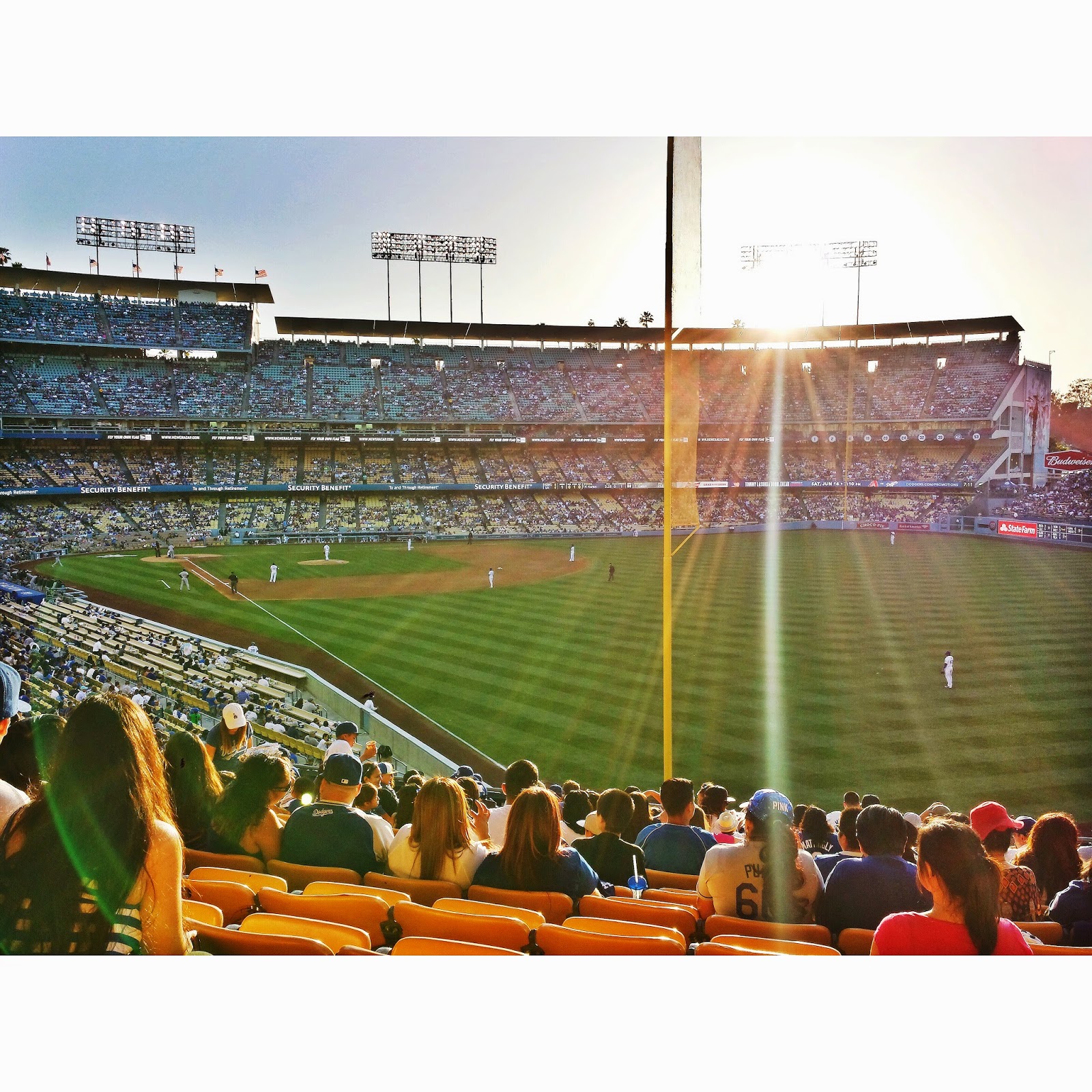 went to my first major league game ever - Dodger Stadium 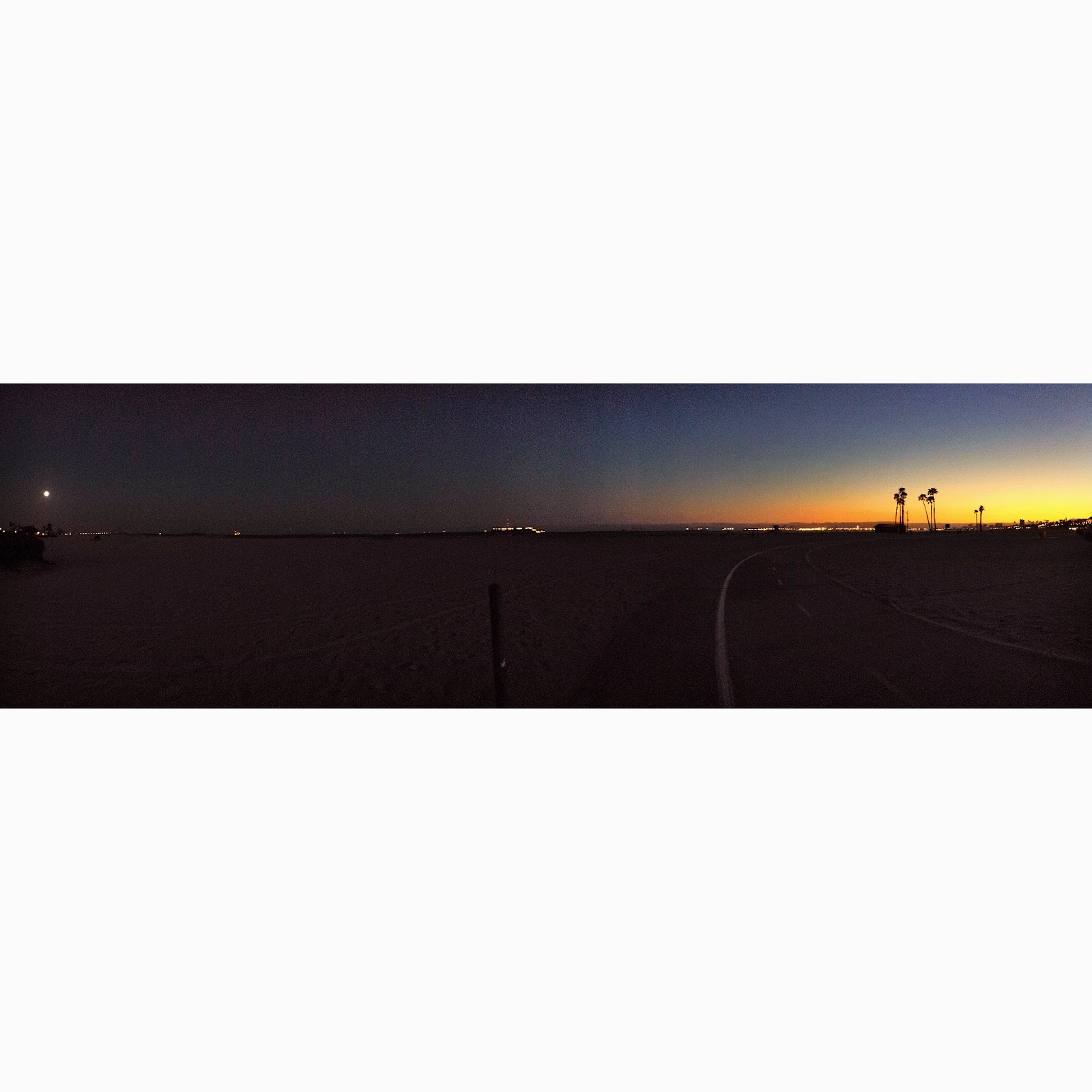 thought it was a cool shot - night and day together. 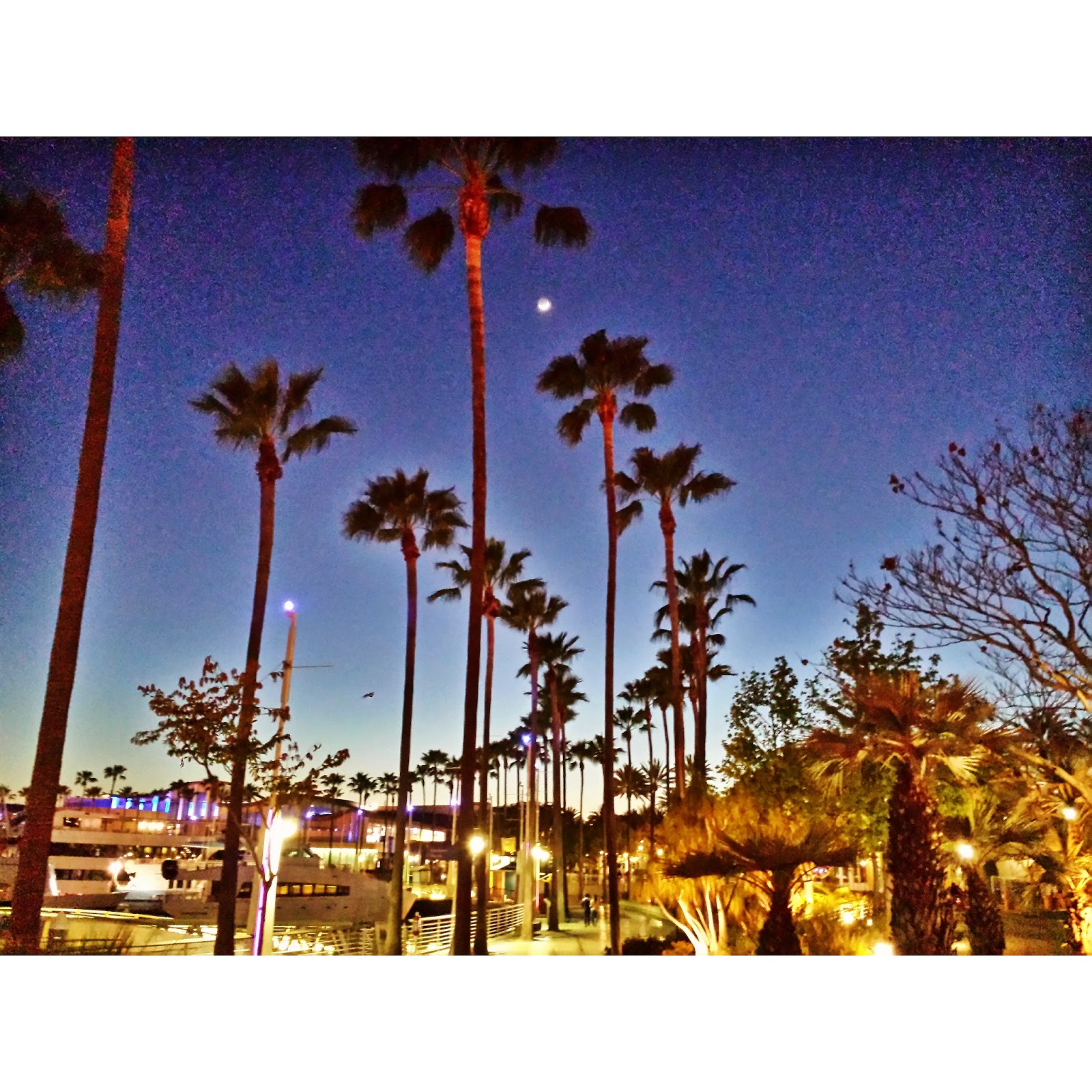 first off, i want to say thank you to everyone who commented on my last post - i see every comment and really appreciate all the love i got.

secondly, i saw this video on madmanMD's blog and thought it was awesome. it's weird though because i can't even relate. i've been living in a shell far too long (due to my school being in the middle of nowhere) and haven't experienced these types of emotions yet. i want to and hope to - so possibly moving across country to live in an actual city, it might happen...enjoy.

marry me from elvisdifazio on Vimeo.

well...all my hours of playing soccer growing up has finally paid off. it has rewarded me with the opportunity to go to college and gain an education, which i have somewhat done (haha).

i will graduate in May with both an undergrad degree in financial planning and a masters in business administration - by June 1st, i will be working.

yesterday i received a job offer from a bank that i interviewed with just this past Tuesday and today o got the final acceptance letter with all the details. i got the location that i wanted out of the 6 available cities and its nowhere near where i am right now. in fact, its the complete opposite. on the west coast in near southern California!!

i'm so pumped and i can't wait to move out there. its gonna be a crazy end to my 5th year here at school.

it's somewhat bittersweet though because just yesterday when i called my mom to tell her, she was crying. not really tears of joy either - more of sadness and pain being that i wont be returning home like she planned. my two older siblings moved back home after graduation for a few months before starting their careers. my mom hoped the same for me. it hurt and i was way sad when i hung up the phone.

today, she is more relaxed and understands its something i want. i need a bigger location with a more west coast type of mind. she is most def gonna be visiting and is becoming more excited for me which feels good.

so yeah...thought i would share that tiny bit of information for the day. haha
Posted by socrkid17 at 3:04 PM 11 comments:

i've got a gay family member.

in (somewhat) recent news, i found out that my cousin is a lesbian. the reason why i say somewhat is because i have always had a suspicion for a while. growing up she has always been more tom-boyish and she even gave the 'being a cop' thing a go. it is just up until recently that she literally has tweeted every emotion possible with one particular girl to favorite each tweet. simple detective duties - i went to the girls twitter and notice that her tweets were similar of those like my cousin who favorited her stuff.

this news wasn't publicized to my family either. it was through my aunt  (my moms sister and also sister to my aunt with the lesbian daughter who this post is about), who cemented the rumor...

but my mom called my aunt (mother of gay daughter) a few days ago to see how things were. she wanted to pick her brain about how she is feeling with the sort of new news that she learned about her daughter. its been almost 4 years since i told my mom (holy shit - i cant believe its been that long) so my mom is doing much-much better with the whole thing. she just wanted to help my aunt out a bit.

while on the phone, she pulled out my letter that i wrote to her explaining my situation. when reading it, she started crying on the phone and apparently so did my aunt. she paused at the last line and struggled for a few minutes to get it out. my mom is an emotional lady and i love her so much. i cant remember exactly what the last line read, and she even called me to tell me this and read the line to me and got chocked up. it was something along the lines of "i'm sorry for being like this but i hope you still love me." she couldn't believe i wrote that and felt so bad that i had those thoughts in my mind - that my parents wouldn't love me because of something so small.

at the time before coming out, it is how i felt and was so unsure of what might happen. my mom tells me all the time that she feels terrible for kids whose parents dont accept them. and personally, so do i. i couldnt imagine parents who wouldn't accept their kids over being gay.

anyways, in the end. more family of mine knows now and they are super cool with it. i fb'd messaged my cousin (the lesbian) and her brother about it saying that its cool they know and that its awesome that its out in the open now. my cousin the guy, goes to Mizzou so we talked about the Michael Sam thing as well. his frat is putting up a huge banner saying how they are supportive of him which is mad cool.

so yeah, i have a gay cousin now - it's pretty cool i guess. haha

and i really hope Michael Sam gets drafted cause that would be massive for acceptance.
Posted by socrkid17 at 11:33 PM 4 comments:

new blog to check out

someone is back to blogging that has been out of the game for a while. he was the initial reason why i started to blog actually. it was my freshman year of college i found his online story of dealing with being gay and playing soccer which i could relate to. he was nice enough to talk me and give me advice when i needed it.

this guy is named Greg - and honestly, i dont even remember his original blog name (sorry about that) but his blog is up and running. its about his journey traveling the world and living in many different countries with many different ideas. i'm sure it will be just as interesting as his first so check it out and show some love.

first off - Happy belated Thanksgiving... Merry belated Christmas... and hope you all have a wonderful start to the New Year!!

my plans for New Years Eve is that we are going to the Uptown area of Dallas where are all the bars are located with my group of friends from high school with a pregame at the Ritz Carlton! one of my buddies moms hooked it up and booked a suite there for us which will be way sick.

i do have quite a bit that i havent informed yall as of lately but i'm doing extremely well. being out to (almost) all my friends back home has been a great experience. i even went to a gay bar with a couple of them and they all loved it. also, a friend of mine in law school here in Dallas introduced me to a guy in her study group which has been beneficial haha he is really cool, easy to talk to and even came out with my group of high school friends. just kind of sucks i leave to head back to school in less than a week... but i will try to update yall later about the details of everything else.

i wanted to show y'all these trailers of an upcoming HBO series - its about gay guys. i mean, i'll for sure watch it and see what its all about.

socrkid17
I am college soccer player at a division 1 school. I am gay but closeted in order to live the "normal" life.